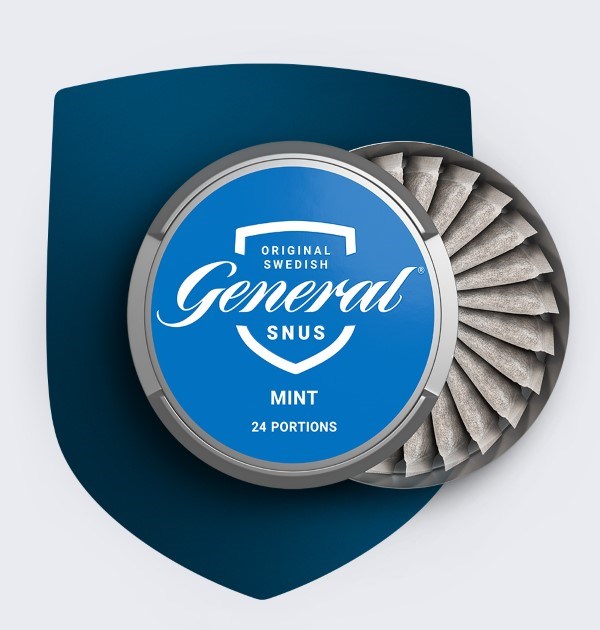 The U.S. Food and Drug Administration (FDA) has stated there is a continuum of risk. Combustible cigarettes sit at the highest risk end of the continuum, while Swedish Snus inhabits the lower risk end.

A Modified Risk Tobacco Product (MRTP) is defined as a product that reduces harm or risk of tobacco-related disease and will benefit the health of the population as a whole. (GEN website FAQ) General Snus obtaining an MRTP order wasn’t just historic because it was the first-ever, but also because it represented another groundbreaking step toward Swedish Match’s ultimate goal: a world without cigarettes.

Even though we’ve already made history, our eyes remain firmly fixed on the future – a future free from cigarette smoke, where the choice is always clear.

On October 22, 2019, for the first time the U.S. Food and Drug Administration authorized the marketing of General Snus products through the Modified Risk Tobacco Product (MRTP) pathway. This was the result of Swedish Match providing scientific evidence to show General Snus poses lower risks to individual users and benefits the public health. Under this order, the FDA authorized Swedish Match to state that “Using General Snus instead of cigarettes puts you at a lower risk of mouth cancer, heart disease, lung cancer, stroke, emphysema, and chronic bronchitis”. This claim may be used in General Snus advertising and in providing consumers with health education information about nicotine products.

The evidence supporting General Snus’ MRTP order can be placed into three categories: product chemistry, human health effects, and consumer understanding. General Snus contains low levels of harmful chemicals, particularly potential cancer causing chemicals called nitrosamines. In Sweden, studies have been conducted on large groups of people. These studies demonstrate that those who use Swedish snus have much less risk of disease than smokers. As actually used by consumers, General snus also benefits the health of the population as a whole. Finally, scientific studies show that consumers understand that switching entirely from cigarettes to General Snus reduces the risk of diseases.

The FDA recognizes that there is a continuum of risk for nicotine products with cigarettes carrying the highest risk and smoking cessation products like the gum and patch at the low end of the continuum carrying the least risk. A MRTP product like General Snus would fall at the low end of the continuum, higher than the cessation products but much lower than cigarettes. Exclusive use of General snus poses less risk than cigarette smoking for many of the major categories of smokingrelated disease.

MRTP In the News

Tobacco Harm Reduction
The leading source of information of safer alternatives for smokers who cannot or do not wish to quit using nicotine.

GOTHIATEK
Both in the scientific sphere and the public health debate, the relative health benefits of Swedish snus compared with cigarette smoking are highlighted.

Smokers Only
A revolutionary quit-smoking strategy based on scientific research and common sense.

ACSH
A resource of useful and objective science on food and health from the America Council on Science and Health.

WARNING: This product is not a safe alternative to cigarettes.